For families with young children, a sick child can throw your life and that of your co-parent upside down. Help may now be at hand with lactoferrin. A new large scale study of preschool children in Japan compared kids that were fed yoghurt containing lactoferrin to a control group. The study saw a 49% reduction in absent days from school from vomiting due to gastroenteritis. Welcome news for kids, teachers and parents, especially as we enter the change of season. 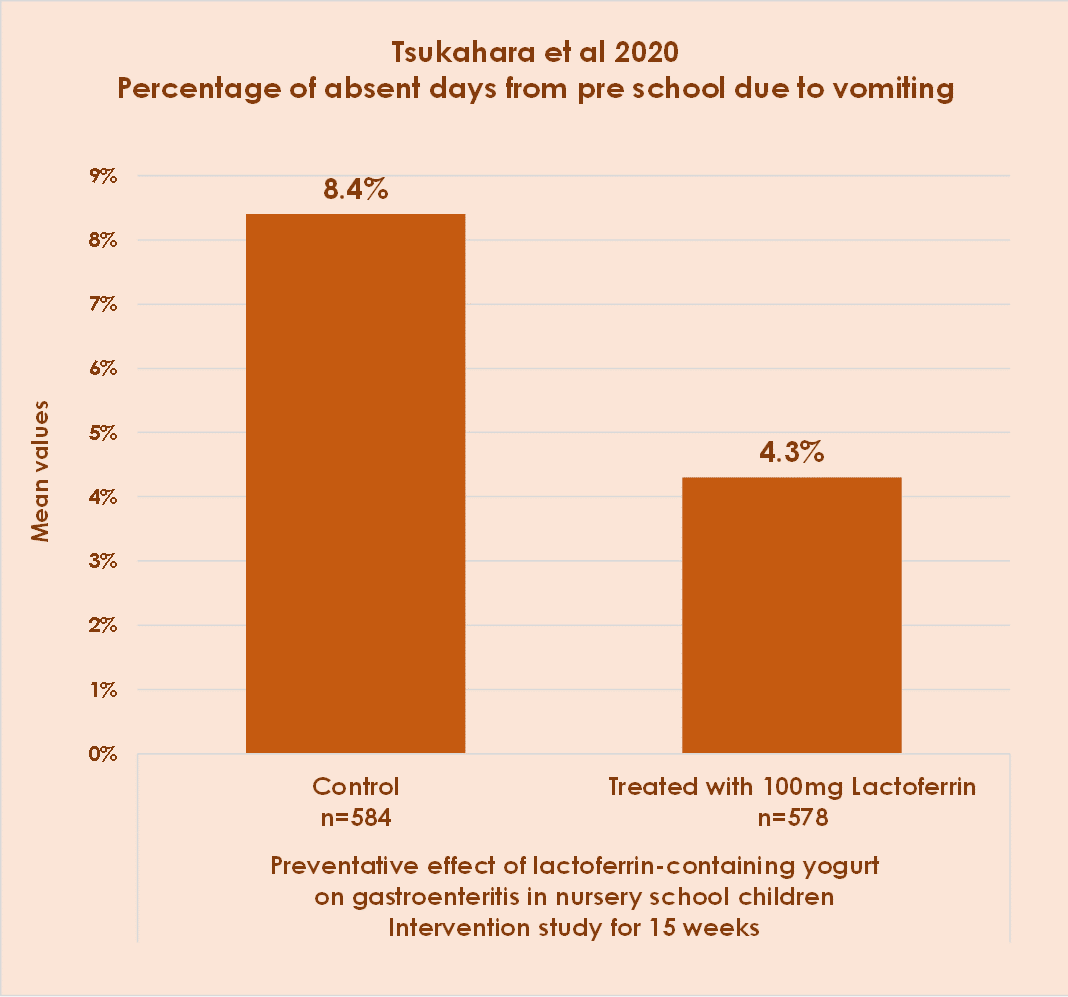 Gastroenteritis or “gastro” is very common among young children in winter, and tends to be more prevalent in children attending preschool compared to when they are at home. Symptoms of
gastro such as vomiting and diarrhoea can lead to dehydration, and children with gastroenteritis
are often absent from school and in more severe cases, can be hospitalised.

Lactoferrin protein is a natural component of our immune systems “toolbox” and is considered part of the bodies first line of defence against infection. Extensive research highlights the important role lactoferrin plays from early childhood and it’s antibacterial, anti-inflammatory and immune properties.

This new large scale study looks at the immune benefits for lactoferrin in children between the ages of 3-6years attending preschool during the winter months.

The Preventive effect of Lactoferrin-Containing Yogurt on Gastroenteritis in Nursery School
Children.
A randomised prospective study by Tsukahara et al. in 2020 evaluated the efficacy of bLf on gastroenteritis in preschool aged children during the winter season. Pre-school children aged 3-6 years were enrolled in the study and randomised into two groups. 1162 children completed study. The 578 children in the treatment group were provided 100mg of bLf in yogurt once a day, while the 584 children in the control group received a fruit jelly.

Those children consuming 100mg bLf a day, for at least 3 days a week over a 15 week period demonstrated a significantly lower rate of absent days from school due to vomiting.
The study highlights the consumption of 100mg of lactoferrin in yogurt for more than 3 days/week might help alleviate the symptom of vomiting in preschool aged school children during the winter.